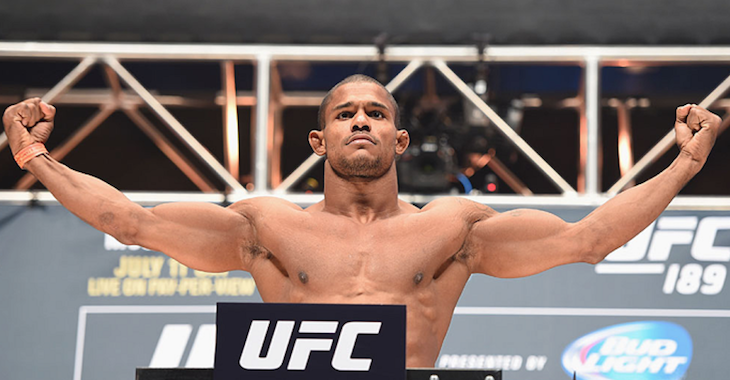 Mike Swick made his return to the octagon against Alex Garcia. The two had some pretty entertaining Twitter exchanges leading up to the fight that added to the anticipation for the fight.

After a brief feeling out process, Garcia shot in and took the fight to the ground. He started working from full guard. Swick was able to get up to his feet. Garcia thew a few bombs, then got another takedown. Garcia worked from half guard. Swick was again able to get to his feet. Swick looked to land jabs while Garcia tried to land big power shots. There was no noticeable ring rust on Swifts part. At one point he stared taunting Garcia and made him miss big on a few punches. the two smiled at each other. Nothing significant landed for either fighter, but the two takedowns by Garcia probably earned him the round.

In the second Garcia went for a takedown early and got it. Swick got to his feet without taking much damage at all. In this round Swick used his reach a lot better. Late in the round Garcia shot in again and was successful in getting a takedown. The round ended with Garcia on top.

After some lackluster striking in the third, Garcia took the fight to the ground (even though Swick clearly tried to grab the fence). He eventually go to mount. Swick got him back to half guard, but Garcia made his way to mount once again. With ten seconds left Garcia went for an armbar that failed. Swift got to his feet and looked extremely frustrated when the bell rang. Another fight over, another decision.