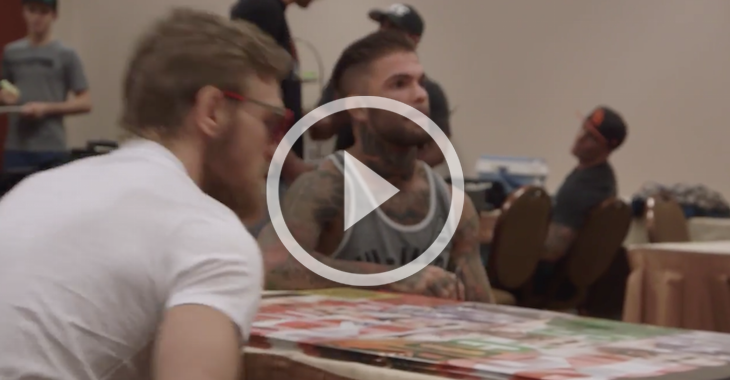 ‘On Episode 7 of UFC 189 Embedded, UFC International Fight Week is underway in Las Vegas. Featherweight headliner Conor McGregor dives right into the action in his adopted hometown with a high-end fan appearance before another training session. McGregor’s opponent Chad Mendes encounters a cancelled flight as he attempts to make his way to Nevada for the weekend’s title fight. Welterweight title challenger Rory MacDonald also arrives and temporarily eschews the Strip for a quieter locale. The rest of the UFC 189 stars trickle into the MGM where they check their weight and sign posters.’