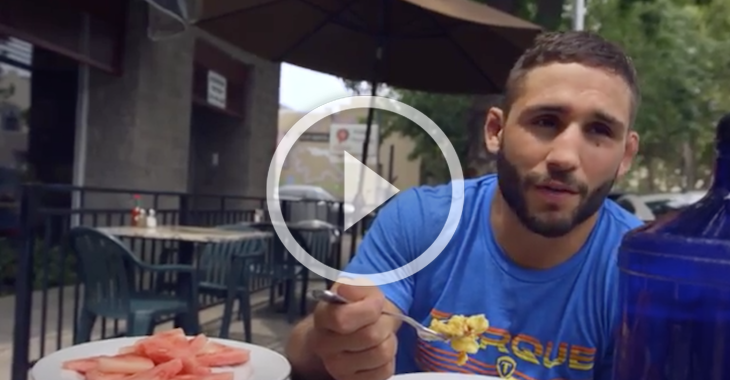 ‘On Episode 2 of UFC 189 Embedded, the featherweight headliners are firing on all cylinders as title contenders Conor McGregor and Chad Mendes exchange unpleasantries on a national media call. McGregor continues to put in work in front of the camera, while Mendes prepares for the fight alongside his mentor, former WEC featherweight champion Urijah Faber.’