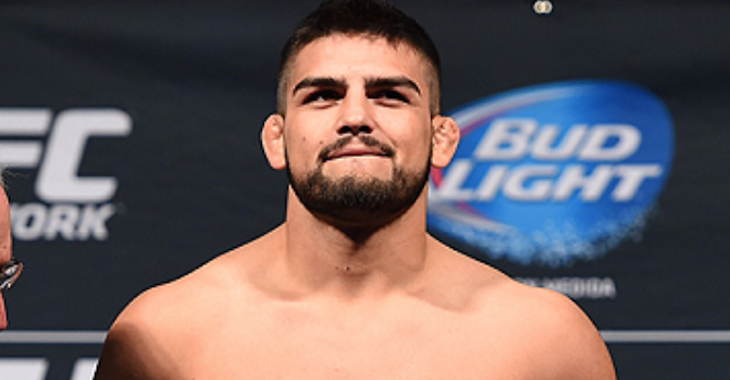 Gastelum was the aggressor early. He landed a few nice leg kicks. Gastelum backed Marquardt to the cage and landed some big punches. Marquardt came forward and landed a nice punch combo. They clinched and Marquardt landed a big knee. Marquardt leaped in with a jab, then clinched up. Marquardt gets the quick takedown, but Gastelum gets to his feet right away. Then it was Gastelum who got the takedown and immediately went to the back.  Marquardt got free and to his feet. With ten seconds left and his back in the cage Marqurdt ate a flurry from Gastelum.

In between rounds Marquardt told his coach that he had nothing left. His corner stopped the fight.