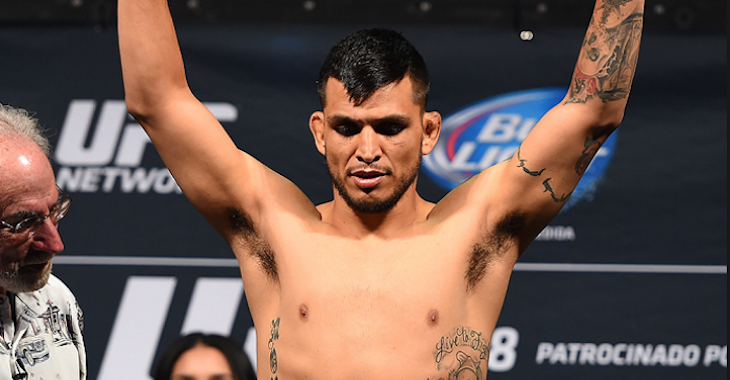 Efrain Escudero and Drew Dober duked it out in the third fight on FX.

Right way they came at each other. Dover threw a head kick and Escudero tried him with a leg kick. Escudero pounced on him and looked to take advantage.

Similar to the fight with Williams and Perez, Escudero locked in a standing guillotine choke instead of trying to finish with punches. It turned out to be a good choice.

Dober held on, but was forced to tap eventually. Another quick finish, both with a standing guillotine early in the fight.

RESULTS: Escudero wins via submission (standing guillotine) at :56 of round 1.