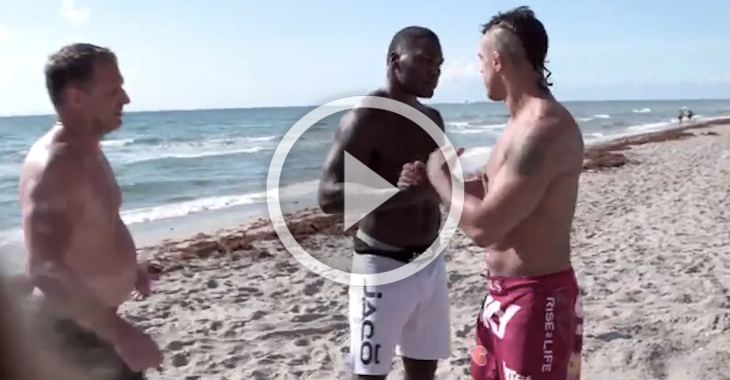 On Episode 1 of UFC 187 Embedded, UFC middleweight champion Chris Weidman stays humble at home with dishes, diaper-changing and soccer dad duties. In South Florida, light heavyweight Anthony “Rumble” Johnson and middleweight Vitor Belfort share one last Blackzilian team workout on the beach ahead of their respective UFC 187 title bouts. As Belfort looks back on how the sport has changed since he first held UFC gold, Johnson focuses on the task in his immediate future. And on the West Coast, Daniel Cormier trains intently for his second shot at the now-vacant light heavyweight championship. UFC Embedded is an all-access, behind-the-scene video blog leading up to the two title fights at UFC 187: Johnson vs. Cormier, taking place Saturday, May 23.