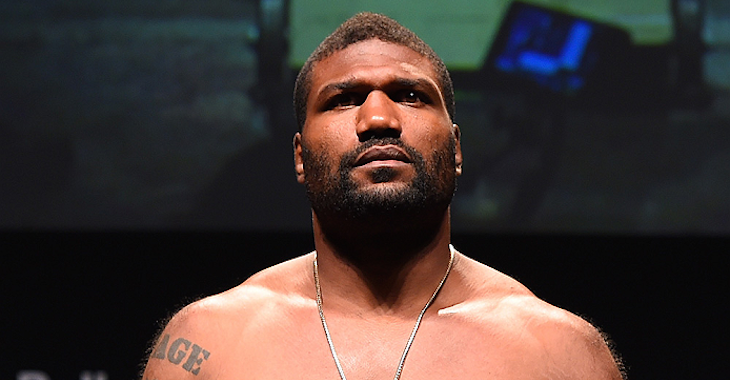 Quinton ‘Rampage’ Jackson is BACK in the UFC! Kind of.

You could tell all of the Bellator injunction drama leading up to the fight took Jackson’s mind off the bout. He was exhausted minutes into the fight but still managed to outperform Maldonado all three rounds.

Maldonado created the illusion that he was doing better than he really was by inviting Jackson to hit him in a mocking fashion. Jackson simply answered with a five strike combination and backed away. This process happened repeatedly throughout the second and third rounds which led to the crowd growing frustrated with the lack of action. A “boring” chant broke out in the middle of the third round.

Regardless, Jackson is back in the UFC and you can rest assured that his next performance will be better.