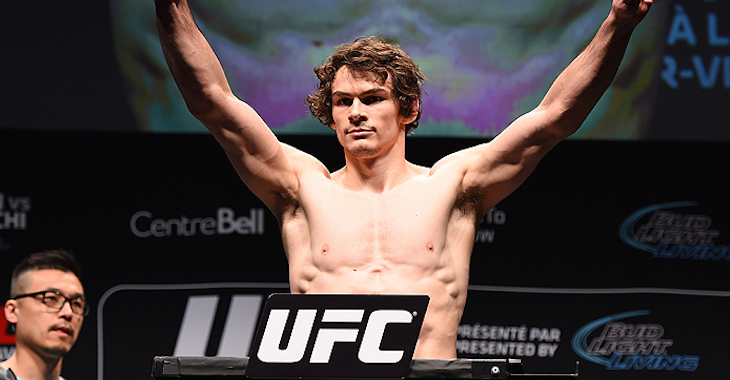 Olivier Aubin-Mercier impressed in his octagon performance tonight and showed a ton of potential as a future contender.

Aubin-Mercier controlled the majority of the bout and threatened multiple rear naked chokes throughout the fight. Aubin-Mercier would pin Michaud up against the fence to work for plodding takedowns. Michaud couldn’t defend the attempts and could only hope to survive until the end of the round while on the ground.

The tables almost turned in the second when Michaud dropped Aubin-Mercier, but Aubin-Mercier bounced right back up and returned the favor with a body kick.

Aubin-Mercier took Michaud to the ground a minute into the third round and quickly took his back. Michaud let Aubin-Mercier lock in the rear naked choke and he had no choice but to submit.