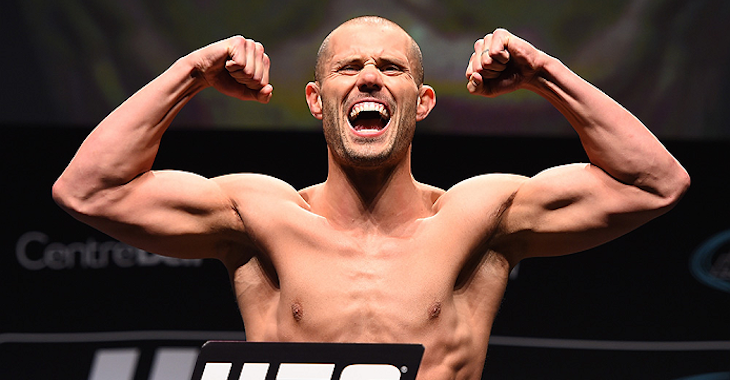 Bryan Barberena and Chad Laprise put on one hell of a dog fight that went the full distance.

Laprise looked to be in control early on and impressed with his output of significant strikes and pace. Of course, his own pacing came back to bite him in the butt as Barberena started to run away with the fight in the middle of the second. Neither fighter wanted to take this fight to the ground and it resembled a kickboxing bout.

Barberena started to make the fight his own by stealing the center of the octagon and backing Laprise up against the fence. Every time Barberena gained a bit of momentum, Laprise would cut off his attack with a swift and stiff combination. Laprise was by no means dominating the fight, but he was always one step closer to the victory than Barberena.