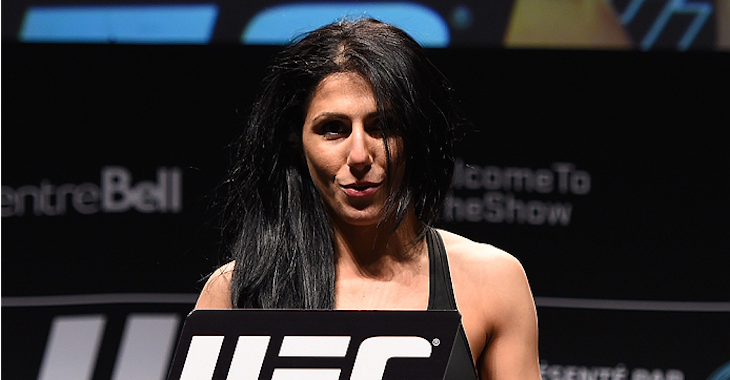 Top ranked strawweights Randa Markos and Aisling Daly kicked off “UFC 186” with their bout which aired on UFC Fight Pass.

Markos and Daly had a fun back-and-forth fight and set an exciting pace for the entire card. Markos had an impressive showing in the first round, but it looked like she ran out of gas toward the end of the round. She outstruck and out-grappled Daly, but Daly proved to be resilient by walking through the punishment to get the clinch.

Daly only capitalized on her positioning twice in the fight where she ended up on top of Markos, but it never led to anything.

Daly tried again to press Markos up against the fence in the third round, but Markos turned the tables and ended up in full mount! From there she tried to work for an armbar, but Daly was able to defend it and made it to the judges’ decision.