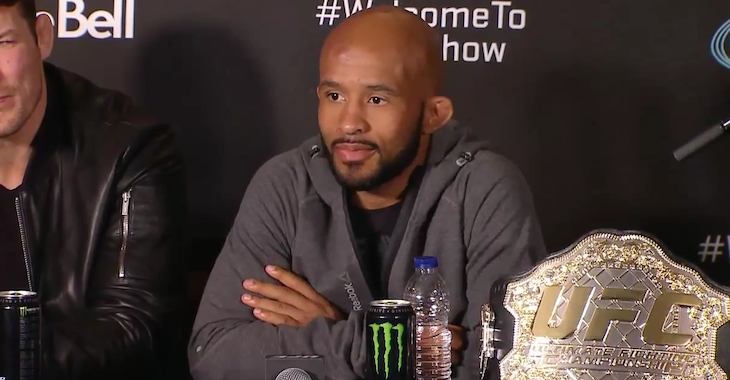 During the “UFC 186” post fight press conference, Dana White released the statistics from the gates.

Just 10,154 fans made their way to the event and watched UFC Flyweight Champion Demetreous Johnson defend his title in an impressive five round fight with Kyoji Horiguchi. The live gate was $668,000.

UFC 186 seemed to be a cursed from the get go. It originally was slated to be headlined by TJ Dillashaw and Renan Barao, but Dillashaw was forced off the event due to an injury. “Rampage” was then pulled from the card due to a granted Bellator injunction which led to the Bell Centre offering refunds. After all the refunds had been issued, it was announced that “Rampage” was back on the card.