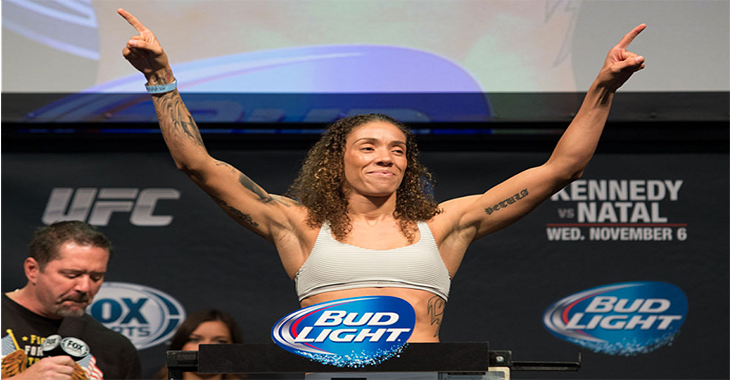 Germaine de Randamie kicked off “UFC 185” with an amazing display of striking. Even though Larissa Pacheco’s performance left a lot to be desired, the amount of punishment she absorbed was impressive and she showed a great amount of heart.

The fight almost ended in the first when Randamie popped her with an elbow that would have knocked most other girls out, but Pacheco ate it and refused to even wobble. Pacheco kept pushing forward and tried to answer with strikes of her own, but Randamie kept cutting her off with combinations of her own.

Randamie ended things in the second round with a big right hand and a series of follow up strikes which forced the referee to step in and wave it off.

Germaine de Randamie def. Larissa Pacheco by way of TKO (Strikes) 2:02 of Round 2