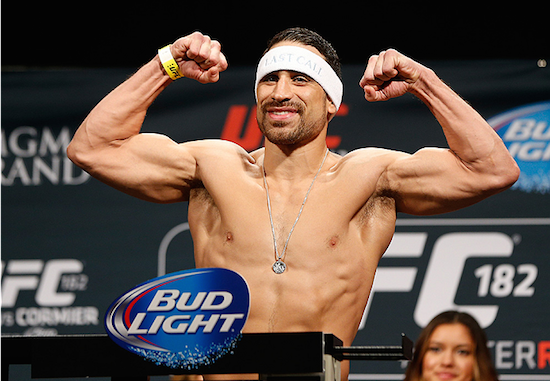 Following a strong December that saw the fourth most-watched UFC FIGHT NIGHT on FOX Sports 1 on Saturday, Dec. 20, the momentum continued into January, with a stretch that UFC president Dana White says is the strongest January ever for the UFC.

In fact, the month kicked off with record-setting shows around last Saturday’s much anticipated UFC® 182: JONES VS. CORMIER, featuring Jon Jones’ title defense versus No. 2 ranked Daniel Cormier. The UFC 182 PRELIMS averaged 1,039,000 viewers for FOX Sports 1, making it the second most-watched pay-per-view prelim in FOX Sports 1 history, behind the UFC 168 PRELIMS (1,554,000), for the pay-per-view card that was headlined by Chris Weidman’s successful title defense against Anderson Silva. Saturday night’s UFC 182 PRELIMS peaked with 1,346,000 viewers from 9:30 to 9:45 PM ET.

Wrapping up Saturday night’s action, the UFC 182 POSTFIGHT SHOW was the most-watched ever in FOX Sports 1 history, with 459,000 viewers who tuned in to see the defiant champion Jones reiterate his dislike for Cormier, even after beating him soundly in the Octagon by a unanimous decision. This POSTFIGHT SHOW viewership was a solid 47% above the second-most watched ever – which logged 313,000 viewers for the aftermath of UFC 168.

All eyes now turn to Boston on Jan. 18, where the brash talking fifth-ranked Conor McGregor takes on No. 10 Dennis Siver at UFC FIGHT NIGHT ON FOX SPORTS 1: MCGREGOR VS. SIVER. Six hours of live programming begins at 6:00 PM ET on FOX Sports 1.