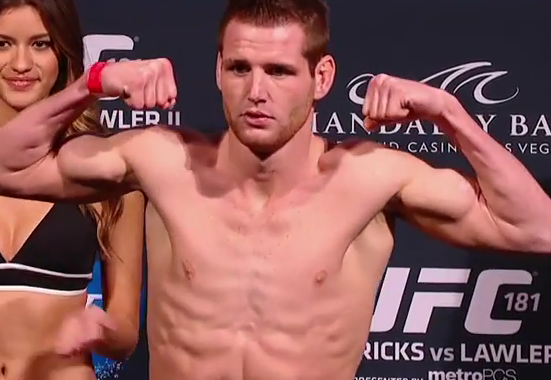 The opening round was back and forth and could have gone either way. Both men opened up with unorthodox striking and had hard shots land, but it was Collard who looked more technical. He was able to dictate where the fight went and his level changing was effective.

White benefited from his resiliency and positioning in the second round where he avoided getting finished twice. He was dropped by Collard at the start of the round and was at risk of getting finished by strikes. However, instead of going for the TKO finish, Collard attempted the rear naked choke. White pushed his back against the cage, giving Collard very little room to crank the submission. White later walked into a triangle choke, but the “answer the phone” technique prevented Collard from finishing the fight.

Knowing he could be down 20-18 in the judges’ scorecards, White fought aggressively and it benefited him. He was able to threaten a triangle and bloody Collard with backfists. White landed a takedown in closing seconds, but it was too little, too late.

When the judges’ decision was read, it was no surprise when Collard was announced the winner.