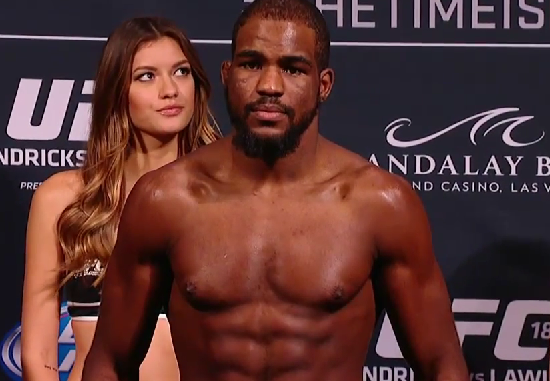 For those of you hoping this was an Anderson Silva and Jon Jones post, stick around anyway. This bout between Justin Jones and Corey Anderson was still extremely entertaining. These two athletes refused to take the fight to the ground and threw bombs in the first ten seconds!

Corey “Beastin’ 25/8” Anderson and Justin “Lazy Bones” Jones may need to put some more thought into their nicknames, but their strategy tonight was well thought out and their styles meshed to put on a back-and-forth performance. Jones, the underdog, was able to shine with catching Anderson off guard with transparent punches and submission attempts.

Anderson’s athleticism shined through and he was able to withstand the flurry of strikes Jones dished out and came out on top in most scrambles. Whenever Anderson went for a takedown, Jones would attempt a guillotine. Anderson defended it well each time by transitioning to side control, negating any torque Jones could have in the guillotine attempt.

Anderson dominated for three rounds and took the unanimous decision win in the second fight of the Fox Sports 1 preliminary bouts.