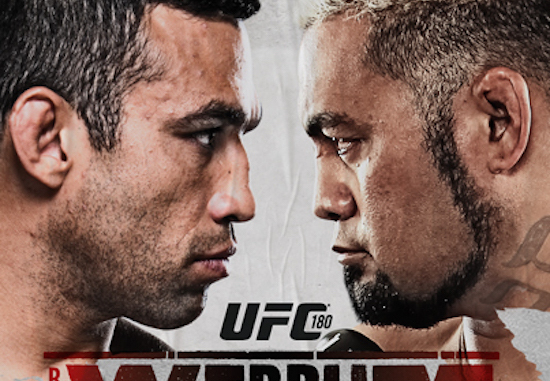 Tonight from the Arena Ciudad de Mexico, ‘UFC 180: Werdum vs. Hunt’  goes down, live on pay-per-view.

As always, BJPENN.COM will be providing comprehensive coverage of tonight’s event.

Follow along on the BJPENN.COM HOME PAGE for detailed recaps of each bout, or get quick results below.