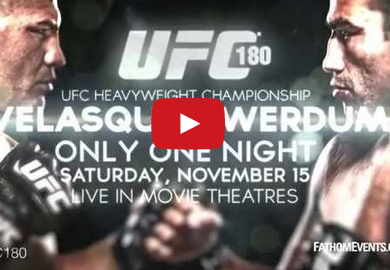 The UFC will be going to Mexico next month for UFC 180: Velasquez vs. Werdum, and will be showing the event in movie theaters in the United States.

The UFC released the following promo for the bout.

The current lineup for UFC 180 is as follows: