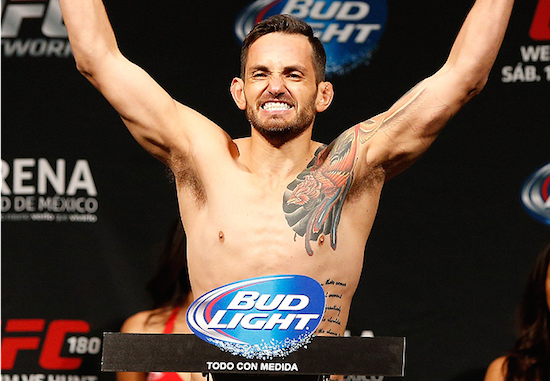 Henry Briones brought the fans in Mexico City to their feet with an amazing performance!

Despite getting punished in the first with two body strikes that almost ended the fight early, Briones pushed through the pain and was able to make it to the second round.

Cannetti over-dedicated his strikes in the second round and left himself wide open for a counter after he whiffed a left. Briones saw this and fired off a right uppercut that cracked Cannetti square in the jaw. Cannetti dropped to his bum and Briones chased him to the ground, giving him no time to recover. Briones eventually transitioned to back mount and locked in the rear naked choke. Cannetti tapped out before the choke was even locked in!

Henry Briones def. Guido Cannetti by way of Submission (RNC) 1:44 of Round 2