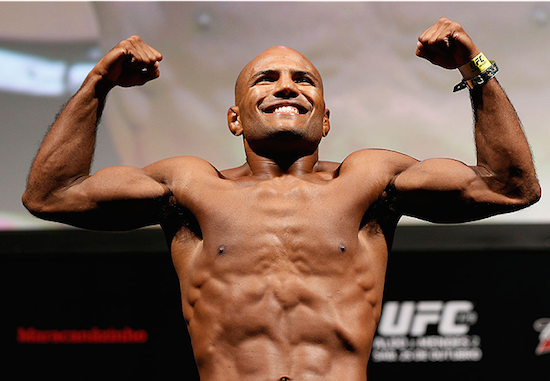 Wilson Reis brought the Brazilian crowd to life with his first round submission win on Fox Sports 1 tonight.

Reis “kicked” things off with a devestating body kick that took the wind out of Jorgensen. Reis recognized he was in pain and shot for the takedown. Reis started raining down punches then transitioned to side control where he locked in the arm triangle choke. Jorgensen contemplated submitting for a few seconds and finally tapped out as he was about to go to sleep.