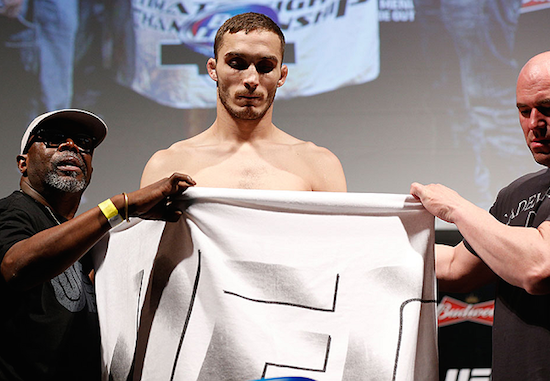 Tony Martin kicked off UFC 179 with a big submission victory in enemy territory!

Martin took Camoes down and eventually transitioned into side control. He was patient and methodical in his transitions and when Camoes’ arm presented itself, he latched on to it and worked for a kimura. From side control, Martin cranked the kimura and with nowhere to go Camoes was forced to submit.

Tony Martin def. Fabricio Camoes by way of Submission (Kimura) 4:16 of Round 1