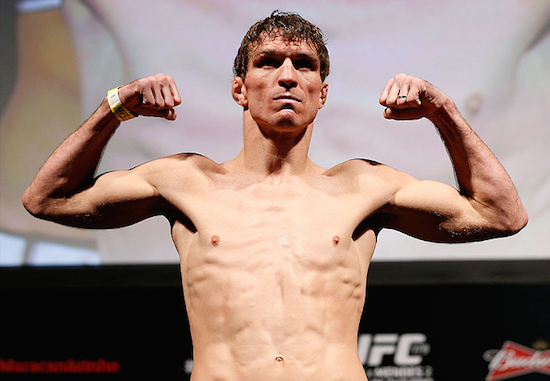 Darren Elkins did everything in his power to avoid getting hit by Lucas Martins and it payed off: He picked up the unanimous decision victory.

Martins unloaded on Elkins whenever there was distance between the two. Unfortunately for him, Elkins made sure there was often little to no room between them as he clinched and grappled often. The referee reset the action constantly due to lack of action or advancement in position, but Elkins would resume a clinch against the fence and Martins couldn’t do anything to escape it.

The crowd, for the second fight in a row, showered the fighters in a chorus of boos. Elkins got what he came to Brazil for, though: The “W”.