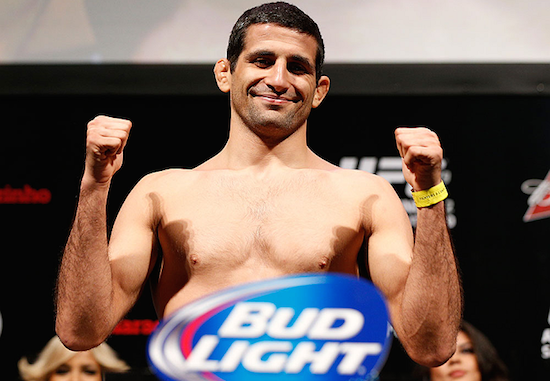 Beneil Dariush and Diego Ferreira kicked off “UFC 179” with a rather uneventful bout. Neither fighter landed anything decisive, but Dariush was able to control the action just enough to pull off a unanimous decision win.

Dariush smothered Ferreira and was able to take him down a number of times to pick up some momentum. While standing, it was more of an even match. Once Ferreira was taken down, however, Dariush smothered him and implemented his ground and pound. The crowd voiced their disapproval due to the lack of action, but Dariush did not let it alter his gameplan and he stayed on course to ride out a decision victory.