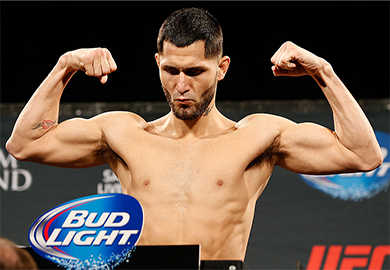 Krause was outgrappled and outstruck for fifteen minutes and did not stand much of a chance against the supreme strategy of veteran Jorge Masvidal.

It was no surprise when the judges announced Masvidal the victor.