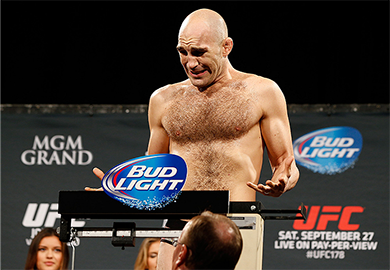 John “Doomsday” Howard and Brian Ebersole kicked off the Fox Sports 1 preliminary portion of “UFC 178” with a methodical bout. This was a closely contested fight that saw both men waiting for the other to make a move.

Doomsday created the illusion of being in control of the fight by taking the center of the cage, but Ebersole was keeping him at a safe distance with his reach and jabs. Those jabs would set up clinches for Ebersole where after he separated from them, he would crack Doomsday with an elbow.

The only time Doomsday took control of the bout was when he was on the ground toward the end of the second round, but he lost top control and struggled to take Ebersole back down.