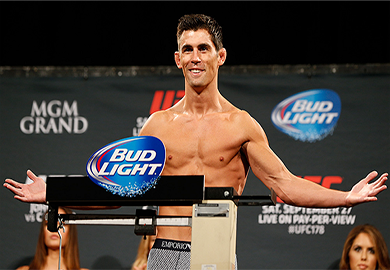 It has been 1,092 days since Dominick Cruz last fought in the octagon. He needed no more than than sixty-one seconds to finish Takeya Mizugaki.

After an authoritative takedown, Mizugaki tried to utilize the cage to wall-walk back to his feet. Cruz was aware of this and caught him with a brutal right hand that stunned Mizugaki. Cruz followed up with more right hands and Mizugaki was clearly out of it. It wasn’t long before Cruz forced Mizugaki to face-plant, and the referee finally stepped in.

Talk about an impressive return!

Dominick Cruz def. Takeya Mizugaki by way of TKO (Strikes) 1:01 of Round 1