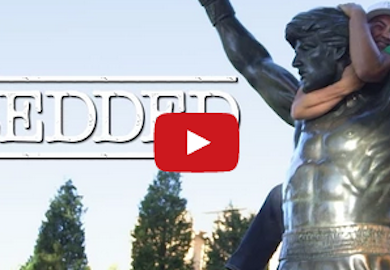 On episode #2 of UFC 178 Embedded, opposing lightweights Donald “Cowboy” Cerrone and Eddie Alvarez take vastly different approaches to their fight week journey. Alvarez juggles media obligations in his hometown of Philadelphia (complete with guest appearance by the Rocky statue) leading up to his UFC debut; Cerrone relaxes in Las Vegas via wakeboarding and working out. Featherweight contender Conor McGregor takes his larger-than-life persona on a press tour in Los Angeles, keeping up the trash talk against UFC 178 opponent Dustin Poirier. Across the country, Poirier makes his final preparations to head to Las Vegas for the moment of truth. UFC Embedded is an all-access, behind-the-scenes video blog series focusing on the days leading up to the UFC 178 Pay-Per-View event headlined by the flyweight title bout between Demetrious Johnson and Chris Cariaso on Saturday, September 27th.