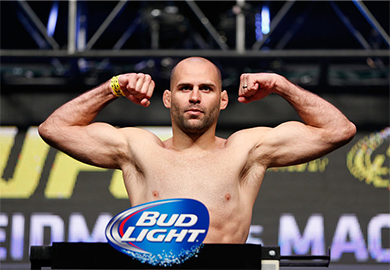 Kenny Robertson showcased his grappling skills on the ground with his victory against Ildemar Alcantara tonight at “UFC 175”. They were the co-main event of the Fox Sports 1 portion of the card and it was a one-sided beating.

Alcantara finally landed a takedown of his own in the third round, but it was not long before Robertson simply swept him. Robertson out-struck Alcantara by over 100 strikes on the ground and it was no surprise who the winner of the bout was when the judges’ decision was announced.