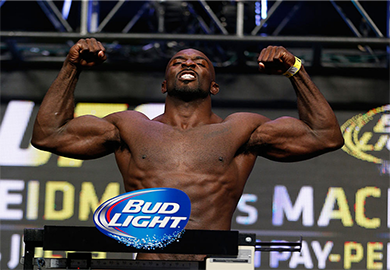 “King” Kevin Casey is back in the UFC, and it looks like he is here to stay.

Kevin Casey and Bubba Bush kicked off the night of fights on UFC Fight Pass with their middleweight contest. Casey showed a great deal of improvement since his time in the octagon at “The Ultimate Fighter 17 Finale”.

Casey dropped Bush seconds into the fight and jumped right on him to finish it. He got into a position where he could implement his will and dominate Bush with ground and pound and it wasn’t long before the referee called it off.

Casey is now 4-0 since his last loss in the UFC.