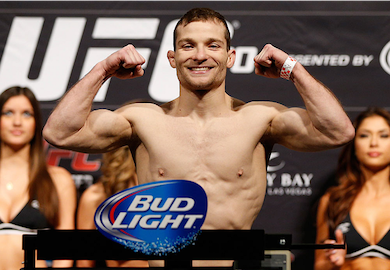 The Fox Sports 1 portion of the preliminary bouts kicked off at 8:00 PM ET with a bout between Zach Makovsky and Josh Sampo.

Many believed that because Makovsky had such a storied wrestling background, Sampo would see an advantage in the striking department. That was the story of the first round, however, after Makovsky softened Sampo up with takedowns his striking started to shine. The second round saw Makovsky dominate with takedowns and land more significant shots than Sampo.

Josh Sampo landed a takedown in the third round but was never able to do anything with it. Makovsky made it back to his feet without letting Sampo transition and eventually landed a takedown of his own to close the round and win the fight.

Makovsky remains undefeated in the octagon at 2-0.