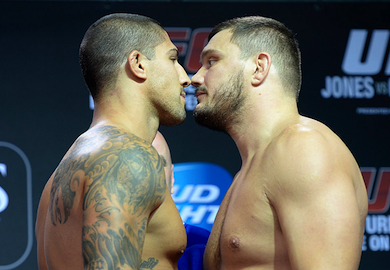 The fight was interesting from the very first second when Mitrione refused to tough gloves. The two exchanged glancing shots throughout the round until Schaub secured the first takedown of the fight. He worked for a D’Arce Choke and locked it in quick. Mitrione gave the thumbs up as if he was okay, but proceeded to pass out seconds into the hold.