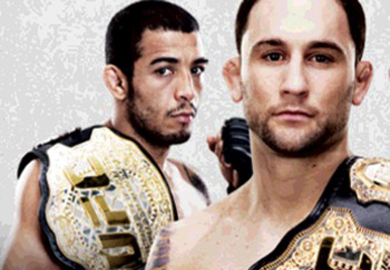 The UFC is set to release tickets for its traditional Super Bowl weekend pay-per-view event next week.

“Jose Aldo vs. Frankie Edgar is a fight the fans have wanted to see for a long time and on Feb. 2, the super fight is going to happen,” said UFC President Dana White. “Our fights on Super Bowl weekend are always some of the biggest and best and this year will be no different.”

The event, which features a featherweight title super fight between champion Jose Aldo and challenger Frankie Edgar, is set to go down on February 2nd from the Mandalay Bay Events Center in Las Vegas.

The UFC 156 lineup so far includes: