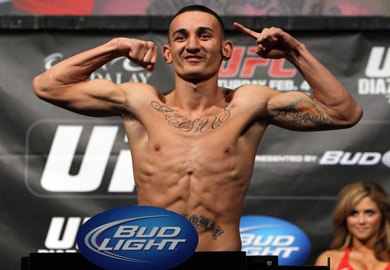 Another injury has hit the UFC’s year-end-pay-per-view event.

Cody McKenzie has been forced off the card with an injury and on just 10-days’ notice the 21-year-old, Max Holloway has agreed to step in and face Leonard Garcia.

UFC officials announced the change via twitter just moments ago.

UFC 155 is set to take place on Dec. 29 from the MGM Grand Garden Arena in Las Vegas. In the main event UFC heavyweight champion Junior dos Santos will defend his title in a rematch against former champ, Cain Velasquez.

Now set up for his fourth fight this year, Holloway will look to secure his third straight UFC win when stepping opposite the Greg Jackson trained Garcia.

With the shift the UFC 155 card looks as follows: