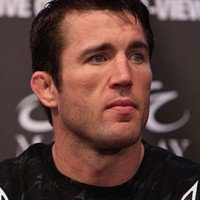 Executive Director of the Nevada State Athletic Commission Keith Kizer stated that all fighters from UFC 148 tested negative for banned substances. Instead of random sampling, every fighter on the card was subject to drug testing.

UFC 148 took place last Saturday and the main-event saw Anderson Silva defeat Chael Sonnen in one of the most anticipated rematches in the history of the sport. Silva defeated Sonnen in the second round by way of technical knockout.

There was question among the spectators and fans whether or not all of the drug tests would come back clean, with most of the concern being directed at Chael Sonnen. In his first meeting with Anderson Silva at UFC 117, Chael Sonnen dominated for four straight rounds before being submitted in the fifth. It was later released that Sonnen had failed for a high testosterone to epitestorone ratio which is usually an indication of steroid use.