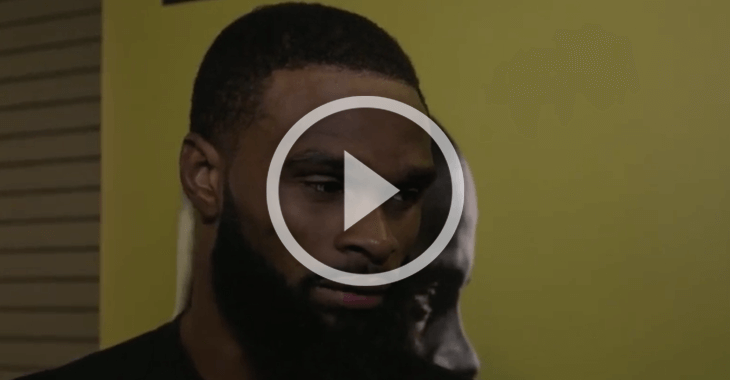 In the clip above we get to hear from UFC welterweight Tyron Woodley as he talks about the unfortunate news that his fight with Johny Hendricks was canceled just a day before it was scheduled to go down.

Early Friday morning UFC president Dana White announced the news, saying that Hendricks had an issue with his weight cut. We later found out that he suffered an intestine blockage and a kidney stone and was rushed to the emergency room on Thursday.

After the ordeal, White also said that Woodley would be getting the next title shot, fighting the winner of Robbie Lawler vs. Carlos Condit.

‘Tyron Woodley reacts to news that Johny Hendricks had to pull out of their UFC 192 matchup just one day before the fight and a possible next fight for the championship.’