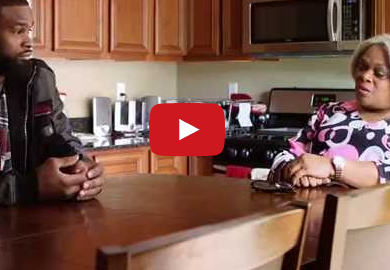 Tyron ‘The Chosen One’ Woodley returned to his hometown of Ferguson Missouri ahead of his UFC Macau fight against Dong Hyun Kim to give back to the community.

Ferguson Missouri is currently in a state of chaos after the police shooting of Michael Brown. Since the incident, Woodley has sent out several photos via his Instagram about the incident and how the people need to band together in non-violence for the better of the community.