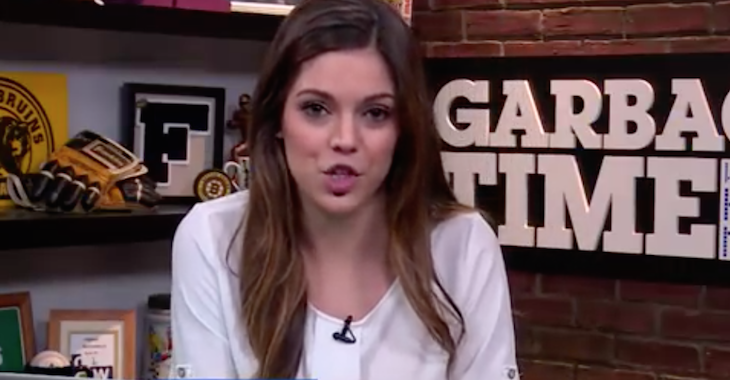 FOX Sports analyst and host of ‘Garbage Time’ Katie Nolan made a major mistake when talking about Bellator 138 and MMA fans lost their minds.

Nolan sent out a tweet accidentally calling Bellator the UFC. Then the internet picked up their pitchforks and lanterns and marched onto their keyboards to let her have it.

Check out how things played out below:

Oh ok so this was fixed. Oh ok. Because I already didn't feel scummy enough watching a free UFC fight on a Friday night. Fuck.

Sorry. Not UFC. UFC's weird creepy "uncle" that isn't actually related. You know what I meant.

@Hof23 UFC isn't scummy. Staying in to watch a free fight between two 90 year olds is.

@BVandDietPepsi it's a joke at bellator's expense, not UFC's. I don't understand how you could not understand that? Have a good night Luke

@katienolan It wasn't enjoyable but neither was it a dive. It was a car crash between two old hoopties.

@pegson do I work UFC events? It was an honest mistake that I corrected. You should relax

Look, we all make mistakes, but it is strange that a FOX Sports personality would mistake Bellator for UFC, who works with FOX. What do you think?