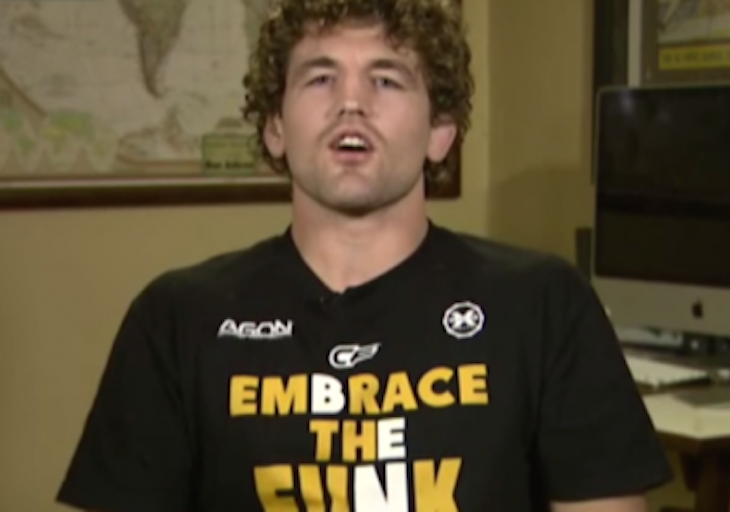 Now however, Ben Askren has jumped in to defend his Roufusport teammate, which led to Nurmagomedov posting a meme of what he thinks Askren would look like if he makes his UFC debut.

@TeamKhabib @mauroranallo @Showtimepettis @ufc Lol Khabib you really need to have @dc_mma help you with your trash talk, it sucks

A Twitter user translated the image, and according to him it says: ‘Ben Askren after fight on UFC’.