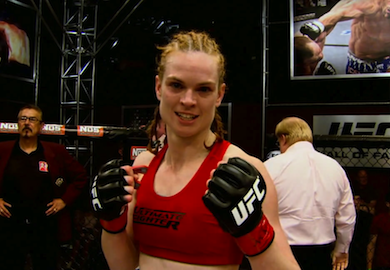 Ronda hates Miesha everywhere and all of the time.

For example: We’re chilling in the Team Rousey locker room before practice and Miesha walks past and calls out in a sing-song voice, “Good morning guys!” And without missing a beat, Ronda replies in the same tone, “Why don’t you go f— yourself?”