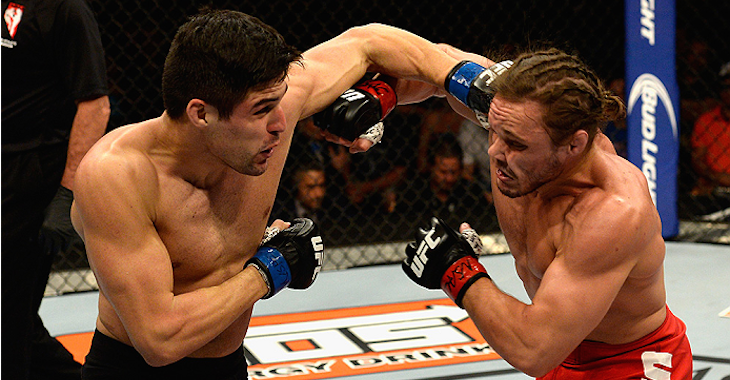 Conor McGregor and Urijah Faber’s season of “The Ultimate Fighter” may be right around the corner, but a major bout featuring the last season of the show has just been announced! The last season of the reality show pit rival gyms American Top Team and Blackzilians against each other in a battle for supremacy. ATT’s most valuable player of the season Hayder Hassan is set to take on Vicente Luque in a rematch of the final fight of the season. UFC announced the fight earlier this week.

American Top Team called upon Hassan three times throughout the competition and the welterweight walked out with three wins under his belt. Hassan gave ATT their first win of the season in the fifth episode when he knocked out Andrews Nakahara in the opening round. He would go on to defeat Felipe Portela and Luque by way of decision.

Both Hassan and Luque will be looking for redemption when they meet in the octagon, however, as they both lost their fights at the finale card in July.

“UFC on FOX 17” is set to take place on December 19th at the Amway Center in Orlando, Florida. The card will be headlined by a lightweight title match between champ Rafael dos Anjos and Donald Cerrone. Who do you have walking out with the gold? Share your prediction in the comment section below!