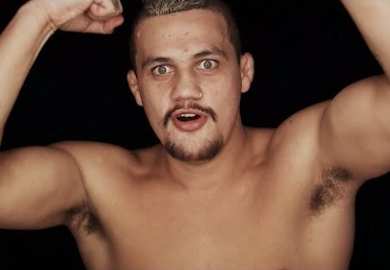 TUF Nations Team Australia standout, Tyler Manawaroa (pictured), has made too much noise following the revelation of this crazy and twisted photo he posted on social media.

Many call it racist and rightfully so.

Now, according to Bleacher Report the UFC will not be signing him, even if he makes it out of the TUF house.

The promotion released the following statement:

“The UFC organization had hired an investigation company in Australia to conduct thorough background investigations on potential contestants for The Ultimate Fighter Nations television series,” said the UFC rep. “Unfortunately, the background checks did not uncover all of the social media history by contestant Tyler Manawaroa. The UFC is committed to having an environment that is free from discrimination. Consequently, UFC has notified Manawaroa that regardless of how far he advances in the completed television series, the organization will not be offering him a contract to compete in the UFC.”