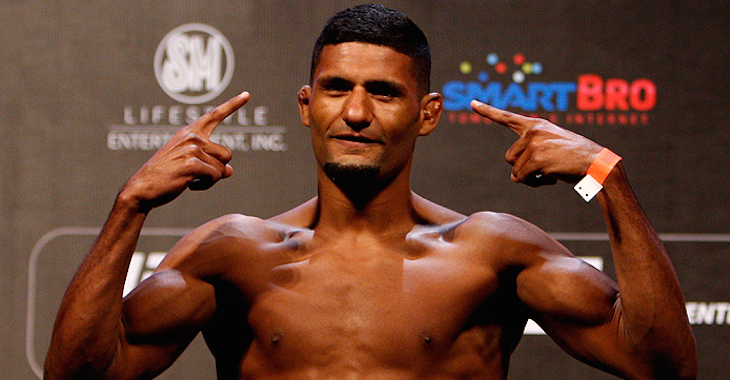 “The Ultimate Fighter” Season 19 finalist Dhiego Lima has confirmed his release from the UFC. Lima lost his official UFC debut in just over a minute into the first round against season 19 winner Eddie Gordon.

Lima made his return to welterweight where he picked up his lone octagon win against Jorge de Oliveira in November of 2014. Tim Means thwarted any momentum Lima was picking up as he suffered another first round knockout loss. His lasting outing in the cage saw him get knocked out again in just over a minute by Li Jingliang.

“I’m no longer under UFC contract, so I’ll be taking the rest of the year off from fighting (and) focusing just on training and our gym,” Lima shared on his Facebook. “I will be back fighting next year starting fresh. Thank you UFC for all the opportunities. I wasn’t able to show anything I do on all my fights in there. I need to take some fights outside, rebuild myself and come back like an animal.”