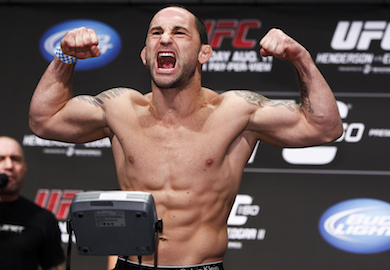 “The whole package made me interested. If you look at past coaches, they are big names in the UFC, so I think it was the best next step for me. In order to do that, I had to fight B.J. again.”

“He’s a competitor. People that are competitive, they always have a reason why they lost. They always think they can win. I get it – but I’m a competitor, too, so I’m ready to close the door on this trilogy and make it 3-0.”

“He’s still got an aura about him. He’s a legend and probably one of the best lightweights that has ever fought in MMA. A win over him, if I can make it convincing, does a lot to help me in the title picture.”

Ahead of his third fight against BJ Penn, former UFC champ Frankie Edgar, Tells USA Today that he was motivated by the TUF coaching slot and expects Penn’s competitive nature to fuel him for this bout.