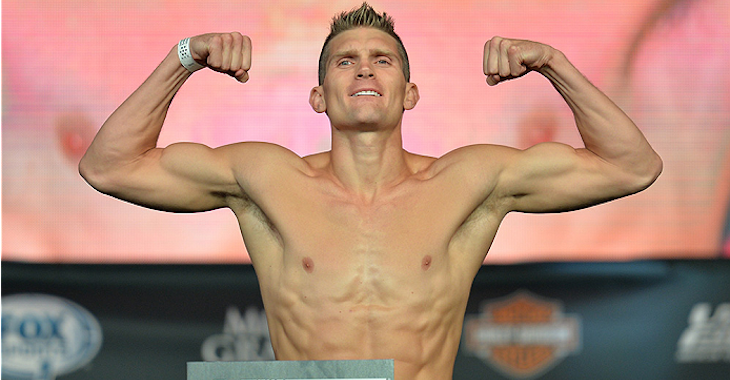 Thompson stepped into the octagon as the favorite and proved the bookies right by completely outclassing Jake Ellenberger on the feet. “Wonderboy” suffered a scare early on in the first round when he hate a big shot from Ellenberger, but he shook off the cobwebs quickly and made it back to his feet.

Ellenberger looked to take the fight to the ground, but Thompson reversed his attempt and took his back. Ellenberger defended intelligently and made it back to his feet… and that’s where things went south for him.

Ellenberger tried his hardest to figure out the safest distance to stay away from Thompson’s dangerous strikes, but he slipped up and stood still for one second too long. Thompson dropped him with a spinning back kick to the top of the head. Thompson tried to finish the fight, but Ellenberger made his way back to his feet only to get dropped by another spinning back kick.

Referee Big John gave Ellenberger one chance to intelligently defend himself, but Thompson was on him right away and blasted him with a shot for good measure. The referee was forced to step in and wave the fight off before it was too much.

Stephen Thompson def. Jake Ellenberger by way of KO (Kicks) 4:29 of Round 1