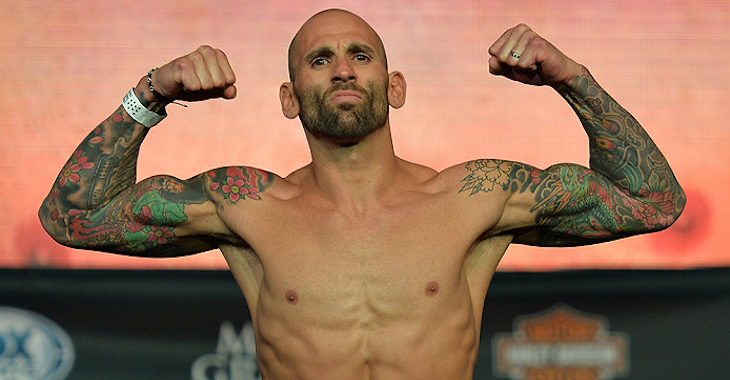 The pace of the fights may have slowed down a bit, but at least we got an interesting decision out of it!

Sullivan did a fantastic job at working Waters down in the opening round. Whether he was shooting for a takedown or throwing combinations, Waters was forced to keep guessing what was going to come next. Sullivan secured a takedown at the end of the first that led to some brutal strikes which dazed Waters, but he seemed to have recovered by the beginning of the second round.

It turns out he wasn’t as fresh as he let on to be.

The second round told the tale of a fighter, Waters, who couldn’t overcome fatigue. Waters took the fight on short notice, so it’s with good reason, but you could tell Sullivan’s wrestling skills overpowered any effort Waters was putting in to his defense.

Waters tried lock up a submission in the final round, but Sullivan was always one step ahead when it came to defending the rear naked choke. The final horn sounded with Sullivan on top of Waters.