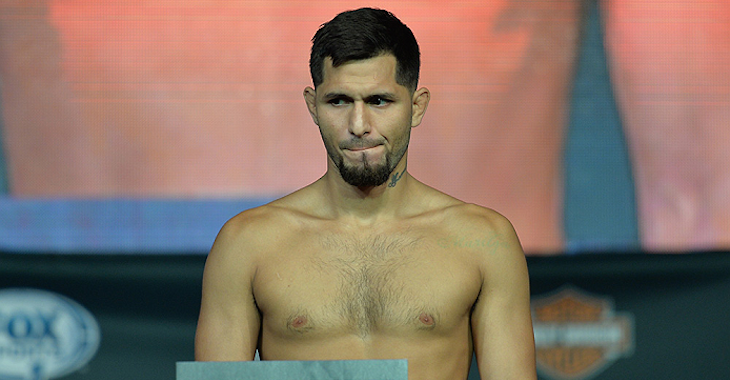 Jorge Masvidal struggled to make weight on Saturday evening, but had no issues putting Cezar Ferreira to sleep tonight!

Ferreira’s gameplan was to utilize his size and overpower Masvidal into tiring him out. Ferreira pressed Masvidal up against the fence and tried his best to close the distance between the two, but Masvidal found enough space to repeatedly catch him with short strikes. After a short feeling out process, Masvidal once again found himself with his back against the fence and he threw a short left elbow that dazed Ferreira.

“Gamebred” followed up with a right hand and Ferreira was sent crashing to the mat. Of course, Masvidal was quick to follow. Ferreira ate two or three follow up shots that saw his head bounce off the canvas and the referee had no other choice but to step in and wave the fight off.

After his hand was raised in victory, Masvidal called out “The Immortal” Matt Brown.

Jorge Masvidal def. Cezar Ferreira by way of KO (Elbow and Strikes) 4:22 of Round 1