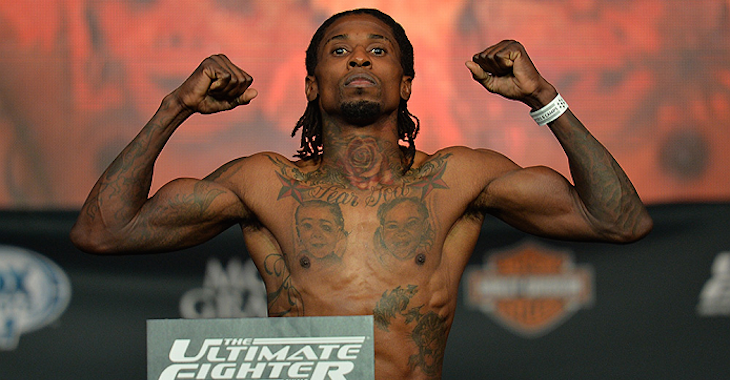 Willie Gates kicked off tonight’s event right where we left off at “UFC 189″ with an exciting knockout.

Darrel Montague never had the opportunity to get out of first gear as Gates was jumped to the center of the octagon within seconds. Gates’ combinations found their way through Montague’s guard early and often. It wasn’t long before Gates wobbled Montague with a stiff straight which allowed Gates to follow up with a flurry that put Montague on the ground.

Montague tried to catch his bearings, but Gates switched between attacking the head and body of Montague which forced him to turtle up. The referee had no other option but to wave the fight off.

Willie Gates def. Darrell Montague by way of TKO (Strikes) 1:36 of Round 1