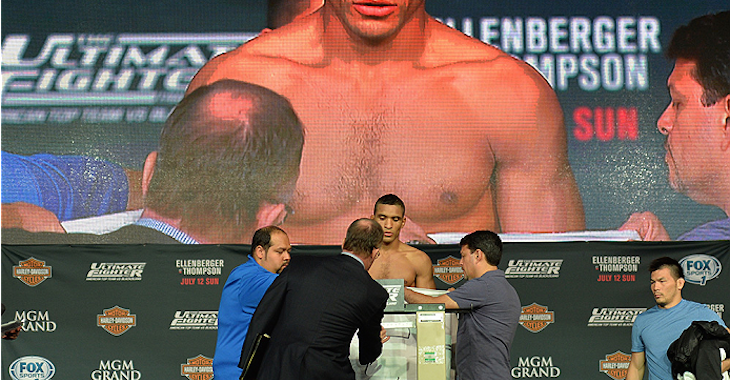 The two met in the center of the octagon and were quick to fire off a couple shots each. Blanco stepped in and cracked De La Torre with a right hand that wobbled him, but De La Torre was able to catch himself before he hit the mat.

Blanco charged De La Torre, but referee Yves Levigne waved the fight off before he was able to land a shot for good measure. As a matter of fact, De La Torre was awake, coherent, and working for a takedown.

It was a controversial finish to say the least, but you can’t argue the fact that De La Torre was rocked from the punch. It’s the referee’s best interest to look out for the health of the fighter; Better early than too late.