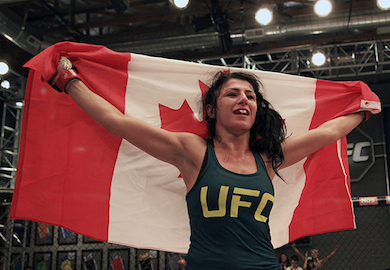 UFC officials announced today that the TUF 20 Finale will take place on December 12 live from The Palms in Las Vegas, Nevada.

The event, which will crown the UFC’s first ever women’s strawweight champion, is set to air on FOX Sports 1.

The live finale is expected to feature most if not all of the competitors from Season 20 of The Ultimate Fighter.

Tickets for the TUF 20 Finale go on sale to the general public on October 24, with UFC Fight Club members and e-newsletter subscribers expected to have opportunities for early tickets in the two days prior.

Stay tuned to bjpenn.com for all your MMA News.