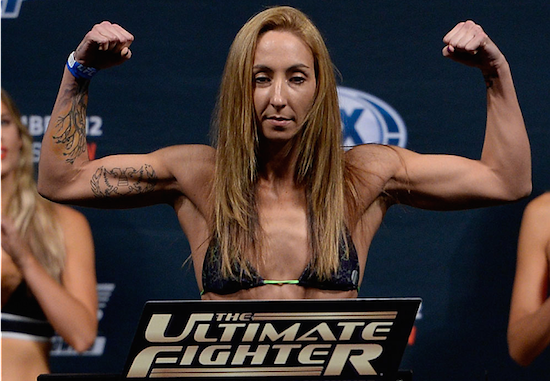 Heather Jo Clark left it all in the octagon tonight as he put on a winning performance on the co main-event of the FS1 preliminary bouts. Bec Rawlings turned it up in the last round, but it was too little, too late for her to pull off the win.

Clark did a fantastic job at controlling the octagon in the first two rounds as she restricted Rawlings from striking from a comfortable distance. Clark closed the distance and whenever the fight went to the ground, she threatened a submission. There was a point in the second round where Clark had Rawlings flattened out on the canvas while working for a rear naked choke. Rawlings defended long enough to make Clark work for another position, but Clark’s dominance on the ground was the story of tonight’s bout.

Rawlings turned her output volume of strikes up in the last round but it was not enough for her to win the fight. While she won the round, Heather Jo Clark was still announced the victor at the end of the judges’ decision.