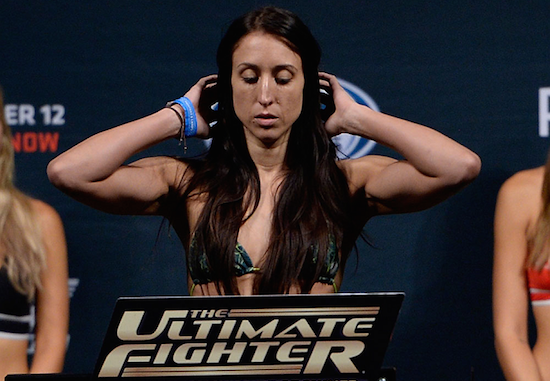 Jessica Penne and Randa Markos showed the world why they made it to the semi-finals of the twentieth season of “The Ultimate Fighter”. Penne earned a split decision victory in a great, technical bout.

Penne was aggressive while on top, constantly working to transition to better positions. She often transitioned with ease and gained full mount twice in the first three minutes of the fight, but she could not do anything with it. Penne had the opportunity to work for a mounted triangle, but simply let it go and eventually Markos threw her off and gained top control.

Markos tried her hardest in the second round to turn the tables when she gained full mount, but Penne was able to reverse the hold and end up on top. Even though Markos was busier off her back in the second, Penne controlled her and dominated on the ground.

The final round was much of the same, except Markos was almost able to put Penne away with twenty seconds remaining. Penne was on top of Markos but Markos threw up an inverted triangle attempt that landed! Penne’s positioning was too good, though, and she was able to survive and get saved by the bell.